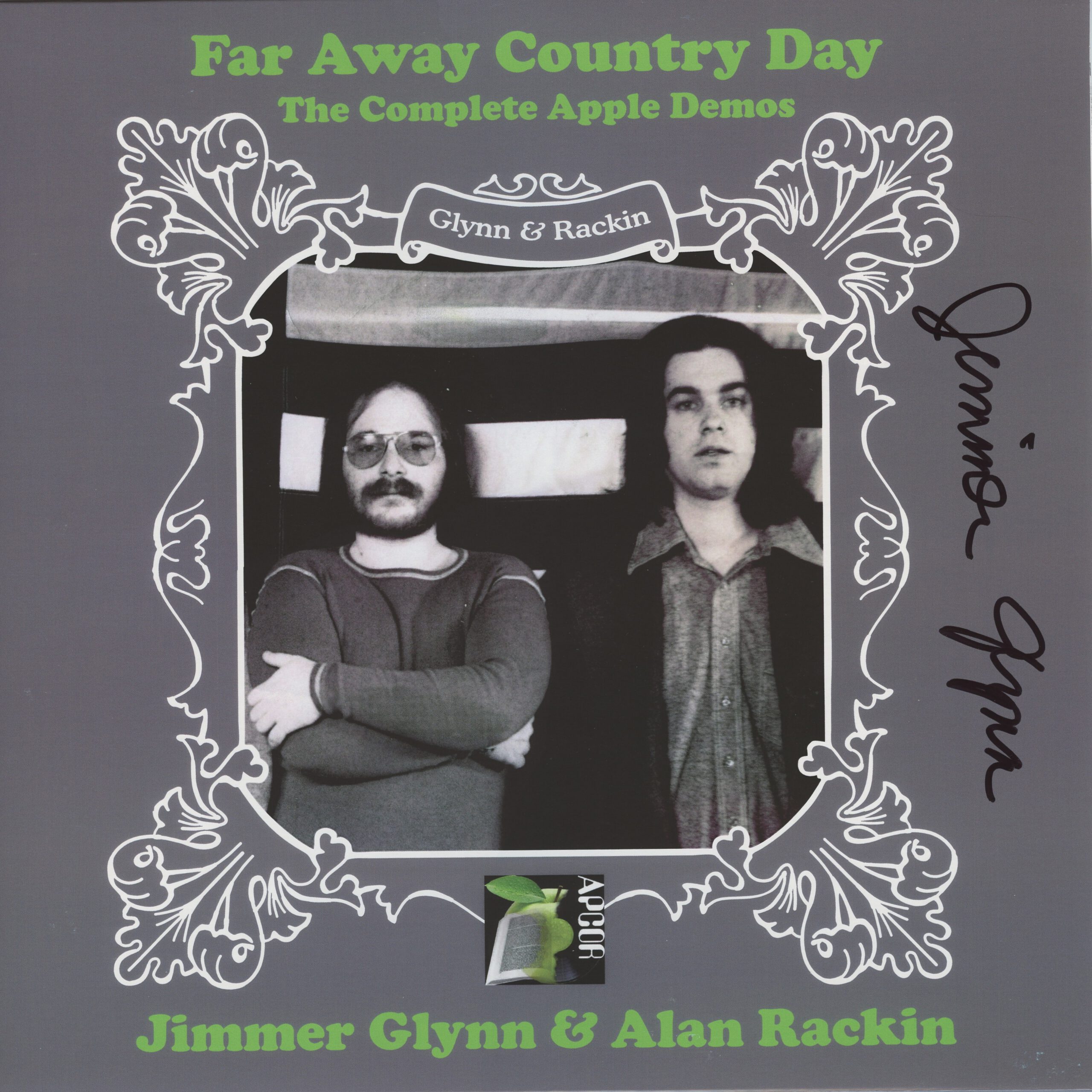 May 2019 – In May 1970, two gifted young songwriters from Livingston, New Jersey named Jimmer Glynn and Alan Rackin came to England in order to audition for Apple – following an invitation by Derek Taylor six weeks earlier. On 1 April 1970, they duly arrived in London and were welcomed by Derek, who encouraged them to make some demos. A few days later, on 11 April, they returned to 3 Savile Rowe to present an album’s worth of recordings. By then The Beatles had broken up and so did Jimmer and Alan’s dream to be signed. Until now, no one outside a small circle has heard those recordings. By kind permission of Jimmer Glynn, Apcor proudly presents the LP Far Away Country Day – The Complete Apple Demos, an excellent batch of catchy folky tunes not unlike the sort of music made by bands like Mortimer and Splinter, that also caught Apple’s attention. 14 never before released songs, 44 and a half minutes of playing time. Pressed on silver coloured vinyl in a strictly limited edition of 100 numbered copies, all hand signed by Jimmer Glynn on the front cover.