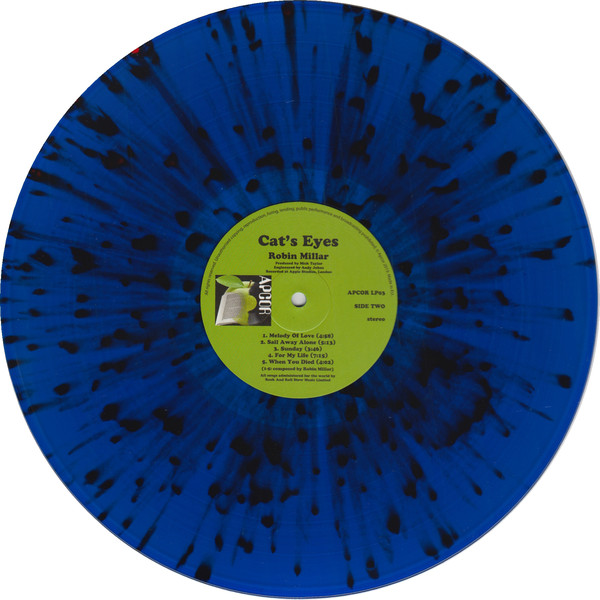 March 2019 – In 1974, a young artist by the name of Robin Millar entered The Beatles’ Apple Studios to record his first solo album. The LP was to be produced by Rolling Stone Mick Taylor, who also happened to be Robin’s brother-in-law at that time. Both men worked hard on the album with the aid of Gordon Raitt on bass and Jamie Lane on drums and with the help of legendary session musicians (and Beatles session men!) Billy Preston, Nicky Hopkins and Bobby Keys they made a splendid album which would undoubtedly have achieved great success, had it been released at the time. However, when Mick Taylor announced his departure from The Rolling Stones, the record company withdrew their support for this album and it was shelved. (Only one single made it out, Catch As Catch Can c/w For My Life, the B-side of which was an edit of the originally 7.15 minute track). Unreleased, that is, until now, more than almost half a decade later, when Robin granted APCOR the rights to the much belated release of this masterpiece. Cat’s Eyes is a truly undiscovered gem which, hopefully, finally gets the attention it should have received almost half a century ago. The songs are well-crafted, the singing is beautiful and the playing is immaculate. Ten strong songs make up all of the 53 minutes and 32 seconds of the album, which was sourced from the original 2-track Apple master mix-down tapes. The Cat’s Eyes LP comes on blue/black splattered vinyl in a limited edition of 300 numbered copies, in a beautiful gatefold sleeve, and includes a voucher for a digital download. (Apcor LP03). Also available on CD (See CD/DVD section).