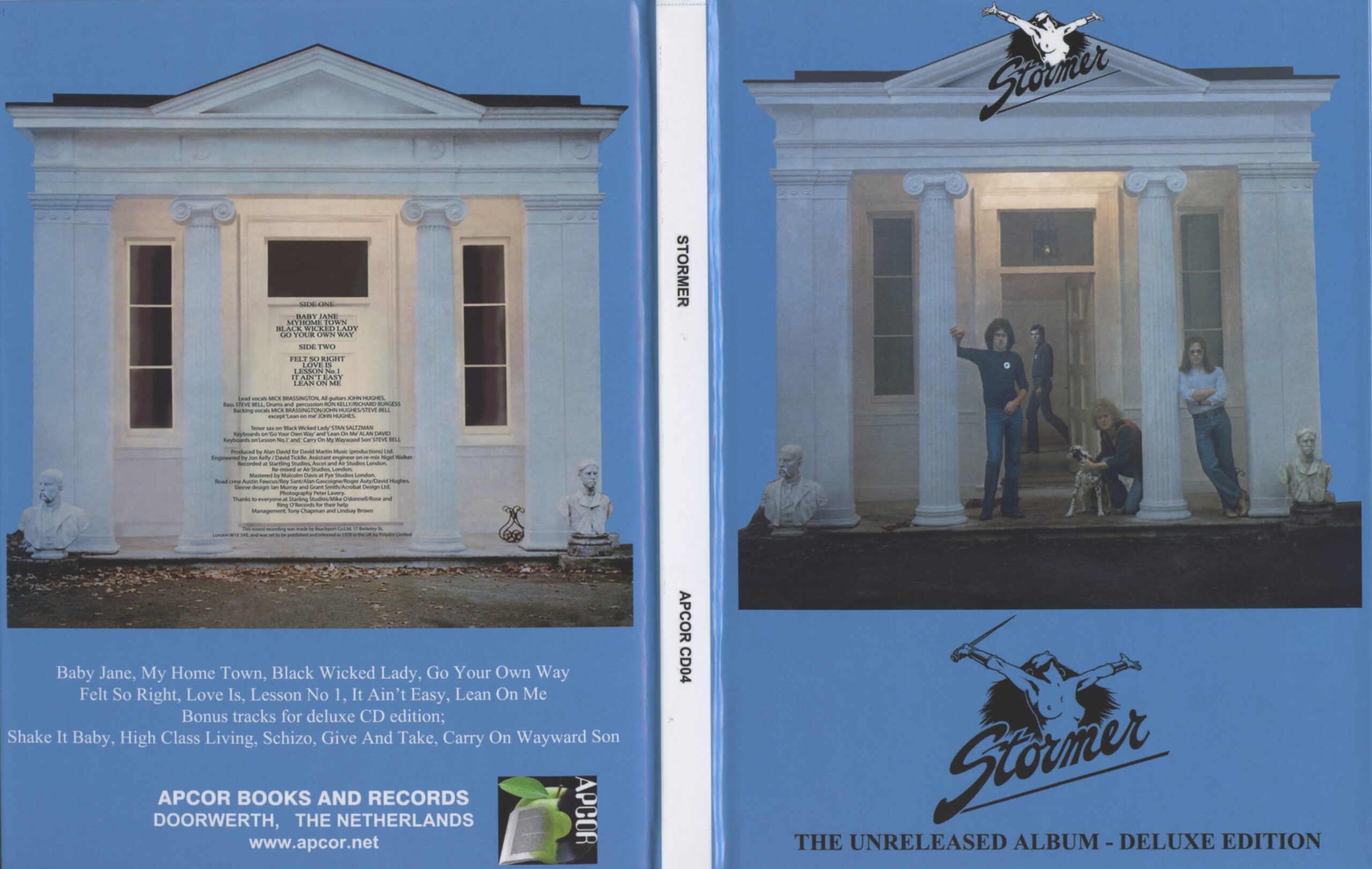 February 2020 – Stormer were a West Yorkshire-based band who were signed to Ringo Starr’s Ring O’Records label and had one single released on the label before it folded. Stormer had already finished a complete album to be released on Ring O, but this never got beyond the test pressing stage. Thanks to the surviving members of Stormer, the son of the late singer Mick Brassington and The Beatles Museum in Halle, Germany, all of whom made this release possible, Apcor is proud to announce the very first official release of this album, supplemented with five bonus tracks. The Stormer DeLuxe Edition comes in a limited edition of 500 copies and is housed in a hardcover digipack with a 59-page booklet in full colour with many never before seen photographs and documents, supplied by the Stormer guys, including a replica of a rare original brochure of Ringo’s own Startling Studios at Tittenhurst, where the album was recorded and even some never before seen colour photos of The Beatles!
500 Copies of this CD housed in a hardcover digiback are available and feature all of the songs from the unreleased LP plus 5 bonus tracks (Apcor CD04).